Home»Reviews»IN THE AGE OF LOVE AND CHOCOLATE 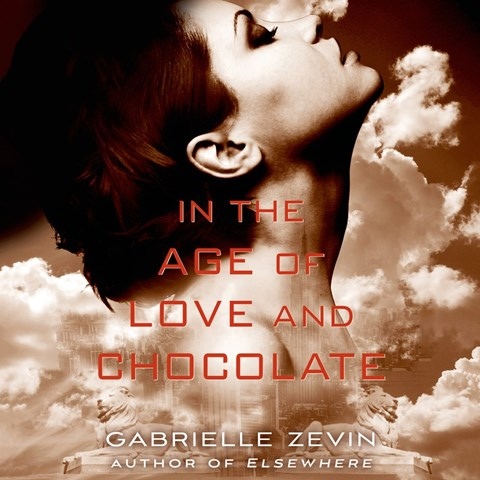 IN THE AGE OF LOVE AND CHOCOLATE Birthright Series, Book 3

Ilyana Kadushin narrates the concluding audio in Zevin’s futuristic Birthright series. As in the first two audiobooks, her portrayal of Anya Balanchine is as complex as the heroine. Kadushin’s youthful, world-weary tone is an accurate reflection of Anya’s troubled life. She has lost her parents and her true love, been to prison, negotiated with sparring Mafia leaders, and supported her diminishing family members. Now the future appears brighter for the 18-year-old “Mafia princess” as she has turned into a nightclub darling who gives chocolate back to New York, where it’s been outlawed. But Kadushin must continue to mirror Anya’s indomitable spirit as darkness finds her one last time. This satisfying conclusion fulfills the promise of the series. S.W. Winner of AudioFile Earphones Award © AudioFile 2014, Portland, Maine [Published: APRIL 2014]