Home»Reviews»CONFEDERATES IN THE ATTIC: Dispatches from the Unfinished Civil War 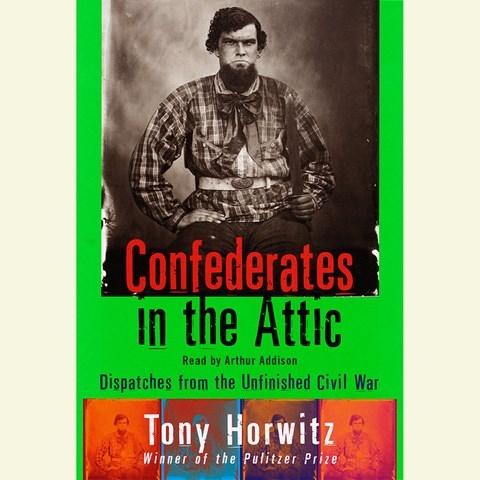 CONFEDERATES IN THE ATTIC: Dispatches from the Unfinished Civil War

In this lively and entertaining tour of the South's enduring obsession with the Confederacy, Horwitz, a Pulitzer Prize-winning journalist and war correspondent, has written a book ideal for audio listening. Like MIDNIGHT IN THE GARDEN OF GOOD AND EVIL, a book that it superficially resembles, Horwitz's story plays on the tension between past and present--the South in its genteel older traditions and the South that has become as Kmarted and homogenized as the rest of America. Addison's unaccented reading does justice to Horwitz's reporting skill and to his rich and imaginative prose. But it is less effective in conveying the regional character of the various Civil War reenactors, trivia buffs and true devotees who make up his story--a story whose earnest and sentimental heart is wrapped, like so much of the South itself, in ironies and incongruities. D.A.W. © AudioFile, Portland, Maine [Published: DEC/JAN 00]