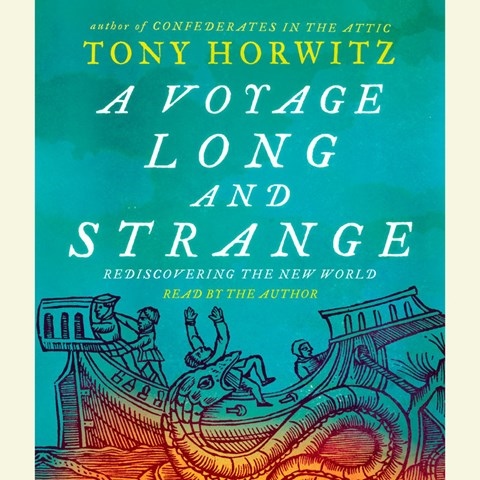 A VOYAGE LONG AND STRANGE

What happened in America between Columbus's voyages in 1492 and the arrival of the Pilgrims in 1620? Tony Horwitz took a journey around the continent to find out, tracking down Norse and Huguenot settlements (among others) and the stories behind them. Horwitz's voice doesn't have the polish of a professional narrator and can even sound monotonous, but he uses that to advantage, emphasizing his dry humor with his understated delivery. Horwitz's travels not only bring out the facts behind historical stories, but they also provide a portrait of the people he meets along the way. The deft combination of travelogue and historical essay is entertaining as well as informative. J.A.S. © AudioFile 2008, Portland, Maine [Published: OCT/NOV 08]