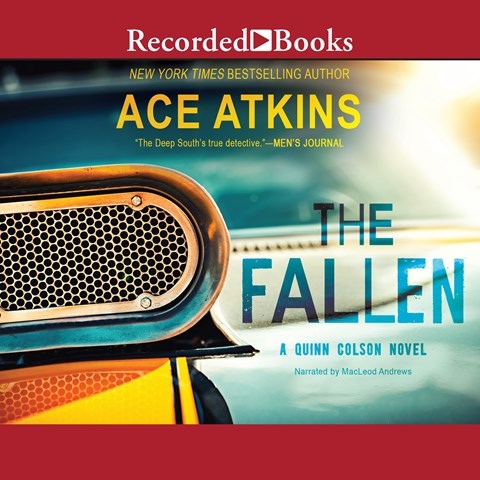 Narrator MacLeod Andrews is a welcome addition to Ace Atkins's series featuring lawman Quinn Colson. Colson was previously voted out of his job as sheriff of Tibbehah County, Mississippi, but now he's back in office aiming to take on a cunning team of bank robbers. Andrews's deliberate pacing is somewhat undercut by the too-quick transitions from one subplot to another, an unfortunate production quirk that may have listeners falling behind. Otherwise, Andrews's earnest voice and convincing accents make Colson and his companions easy to root for. He cultivates the down-home atmosphere one might expect from a contemporary Southern setting but also effectively portrays the community's seedy underbelly. For the most part, the antagonists, particularly the bank robbers, are equally compelling characters. A.T.N. © AudioFile 2017, Portland, Maine [Published: SEPTEMBER 2017]