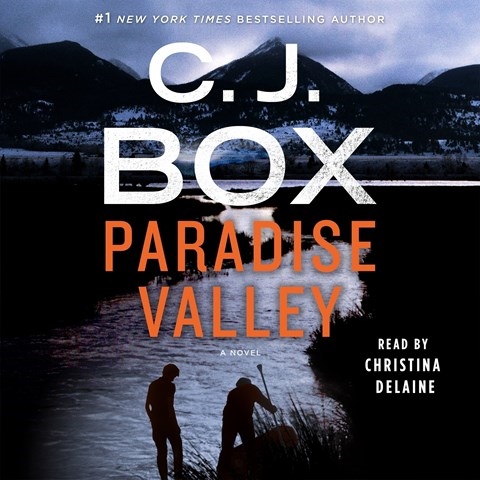 Christina Delaine delivers a thrilling performance of this high-stakes hunt for a killer. Relentless in her pursuit of the Lizard King, a long-haul trucker responsible for a string of murders, Deputy Cassie Dewell finally has him cornered in Bakken County, North Dakota. Unfortunately, he knows it. Employing regional accents and mostly avoiding caricature, Delaine firmly grounds the story in the Midwest. Male characters have deeper voices marked by a slower cadence, while female characters, especially older ones, elongate their vowels in signature Midwest style. Notably, Delaine's sensitive portrayal of a young man with a speech impediment adds emotional depth, while her depiction of the elusive Lizard King generates chills. Though it's the final audiobook in the Highway Quartet, listeners can easily enjoy this as a stand-alone. A.S. © AudioFile 2017, Portland, Maine [Published: DECEMBER 2017]