Home»Reviews»SOFIA KHAN IS NOT OBLIGED 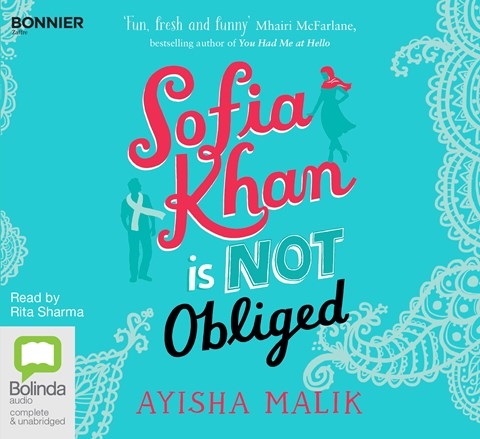 SOFIA KHAN IS NOT OBLIGED

Narrator Rita Sharma is hilarious as Sofia Khan, a 20-something British-Pakistani woman who is unsuccessful in her search for love. Sharma sets a lively pace as she narrates the ups and downs of Sofia's search for a modern Muslim man. Sharma captures the British sensibilities of the younger generation and contrasts their crisp accents with the musical rhythms of the accented English spoken by Sofia's parents. This laugh-out-loud story will delight fans of female-centered romantic comedies. Sharma maximizes Sofia's irreverence in a confident, sarcastic tone that will remind many of the best moments in the Bridget Jones series. M.R. Winner of AudioFile Earphones Award © AudioFile 2017, Portland, Maine [Published: OCTOBER 2017]