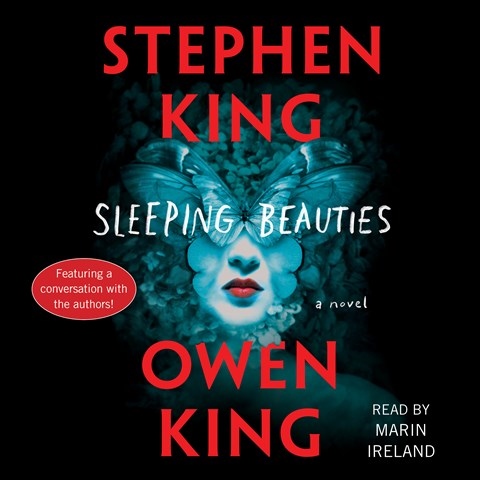 Marin Ireland narrates this ambitious, unsettling collaboration between Stephen King and his son Owen. Women all over the world are going to sleep and not waking up. Even weirder, they become shrouded in cocoons, and there are dire consequences to disturbing their slumber. The cause is unknown to all except, maybe, Eve Black, an otherworldly woman who appears in West Virginia and is immune to the sleeping sickness. Though the novel is occasionally overlong and unfocused, Ireland's audio performance is tremendous throughout. She draws from a bottomless well of accents and tonal variations to make every character in this sprawling story sound unique. With each subplot treated with care and nuance, listeners will be hooked as this world without women descends into chaos. A.T.N. Winner of AudioFile Earphones Award © AudioFile 2017, Portland, Maine [Published: OCTOBER 2017]