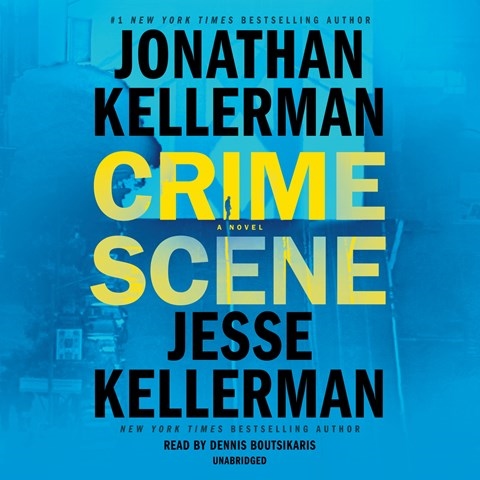 Dennis Boutsikaris is an excellent narrator for this mystery. Assistant Coroner Clay Edison believes that Walter Rennert died after falling down the steps. But Rennert's daughter, Tatiana, believes her father was murdered and convinces Edison to investigate further. When Edison looks deeper, he discovers that a colleague of Rennert's died in a similar way. The result is a highly entertaining audiobook from the father-and-son writing team of Jonathan and Jesse Kellerman. Not only does Boutsikaris use vocal nuance to distinguish the characters, but he also enhances the budding romance between Clay and Tatiana with pauses and inflection. Even Dr. Alex Delaware, from Jonathan's other series, plays a role in solving the mystery. While the audiobook has some slow spots, listeners will appreciate its unexpected conclusion. D.J.S. © AudioFile 2017, Portland, Maine [Published: SEPTEMBER 2017]