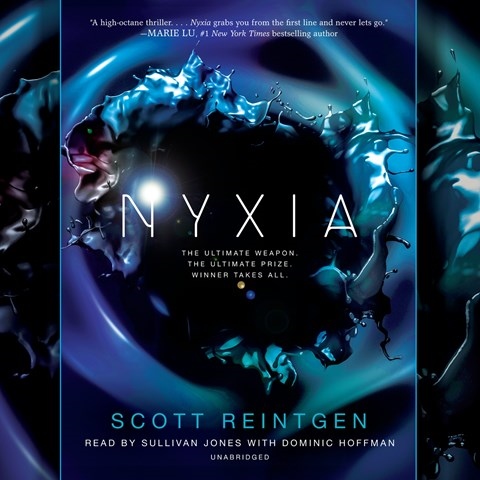 Narrator Sullivan Jones conveys the desires, frustrations, and determination of Detroit teen Emmett Atwater as well as the tension in this fast-paced audiobook. Emmett is one of 10 poor teens, most of color, who are competing aboard a spaceship for a position with Babel, a company that mines nyxia, "the new black gold." Jones conveys Emmett's African-American background through intonation. He uses soft tones to express Emmett's sensitive, thoughtful side as the teen wonders about his mother's cancer, the powers of nyxia, and various moral dilemmas. Jones's facility with accents also enhances the differentiation of characters. Dominic Hoffman delivers the brief "Interlude" chapter, written by Babel employee Marcus Defoe. Hoffman's detached tone conveys Defoe's coldness, a contrast with Jones's emotive reading of Emmett's story. S.W. Winner of AudioFile Earphones Award © AudioFile 2017, Portland, Maine [Published: SEPTEMBER 2017]