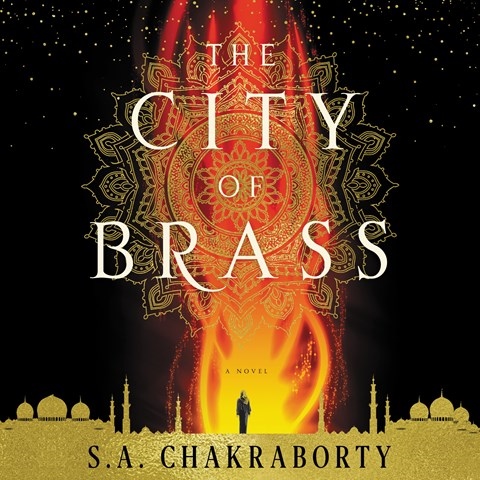 THE CITY OF BRASS

An epic fantasy inspired by Middle Eastern mythology and history is brought to life by Soneela Nankani's expert narration. Human con artist Nahri must flee Cairo for the djinn-populated city of Daevabad, accompanied only by a mysterious warrior she accidentally summoned. Nahri's utter confusion at the strange new world she finds herself in, as well as her determination to survive, is perfectly portrayed by Nankani. Delight and hope occur less frequently, but Nankani makes them shine when they do. In a parallel storyline, Nankani gives voice to the poisonous world of palace intrigue and political machinations swirling around idealistic Prince Alizayd. When the two finally meet, Nankani ratchets up the tension, pulling the listener along to the inevitable bloody, heartrending conclusion. K.M.P. © AudioFile 2017, Portland, Maine [Published: DECEMBER 2017]