Home»Reviews»SHADOWS IN THE NIGHT & NEVER SLEEP WITH STRANGERS 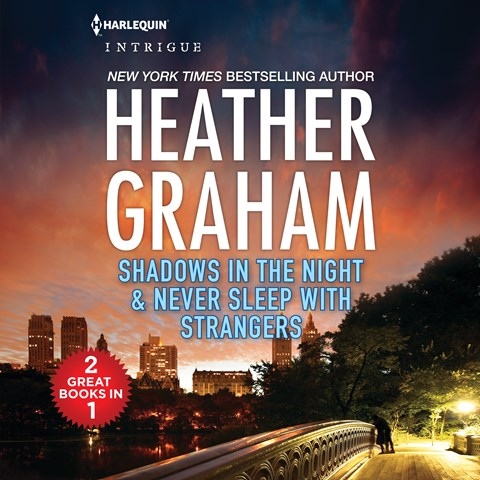 SHADOWS IN THE NIGHT & NEVER SLEEP WITH STRANGERS The Finnegan Connection, Book 2

Listeners are offered two novels in this audiobook. SHADOWS presents Harley Frasier, criminologist, and Micah Fox, FBI agent. Narrator Saskia Maarleveld gives these two characters authoritative voices as they chase down an unknown killer. Maarleveld reflects their fear as well as the growing tenderness that develops between them. In NEVER SLEEP, Maarleveld gives a Scottish inflection to Jon Stuart's voice. He's out to trap his wife's killer in a castle filled with mystery writers and a game of whodunit. Maarleveld projects the growing uncertainty in the players' voices as death after death occurs. Maarleveld gives nothing away as the murders and the game intertwine. A.M.G. © AudioFile 2017, Portland, Maine [Published: DECEMBER 2017]