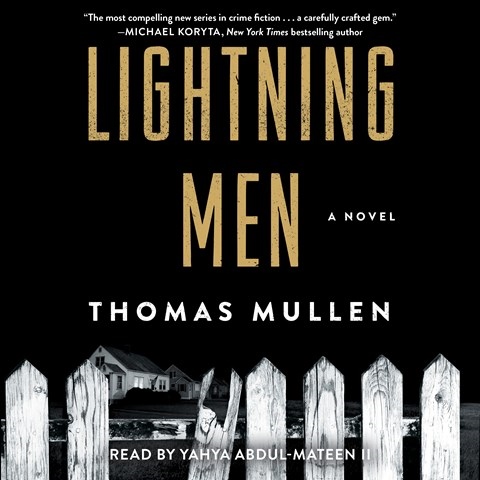 Yahya Abdul-Mateen II's deliberate narration matches the slow-burning fuse that runs through this historical procedural. The setting is 1950s Atlanta, where a third of the police force is believed to be Klan members and vigilante "justice" is dispensed with impunity. Into the middle of this is thrown a team of "Negro" officers, an experiment in policing--though they cannot arrest whites, patrol white neighborhoods, or drive patrol cars. Abdul-Mateen's portrayal of these police officers, although methodical and controlled, hints at suppressed rage. His narration builds the tension all the way to the surprising ending. Listeners may be so absorbed by the plot and performance that they may be unaware they're hearing a well-researched history lesson. R.W.S. © AudioFile 2017, Portland, Maine [Published: NOVEMBER 2017]