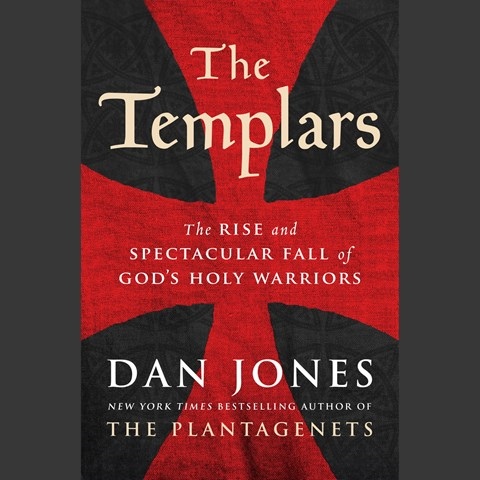 THE TEMPLARS The Rise and Spectacular Fall of God's Holy Warriors

You maybe haven't encountered Dan Jones, the TV documentary guide for "Secrets of Britain's Great Castles" and author of "The Hollow Crown." And THE TEMPLARS is only the second of his books that he's narrated. But his performance here confirms Jones's rising status as a popular historian: academic, British, and a wee bit droll, but always crisp and to the point and, above all else, entertaining. Who would have thought medieval history--the Magna Carta, the Plantagenets, and now the Knights Templar--could be so enthralling? So easy to follow? The Templar saga is a true saga, stretching across continents and centuries, drawing together all the finest and loftiest and most savage elements of the Middle Ages. D.A.W. Winner of AudioFile Earphones Award © AudioFile 2017, Portland, Maine [Published: OCTOBER 2017]