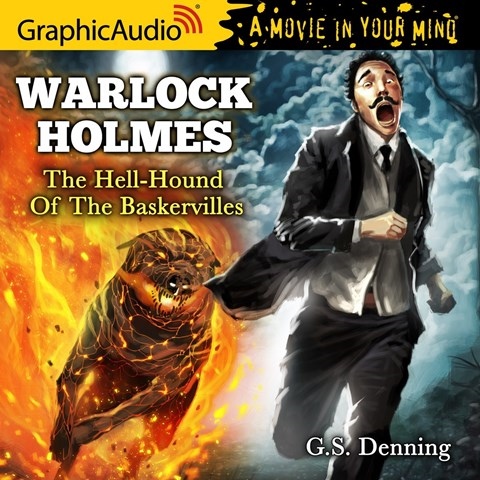 WARLOCK HOLMES 2 The Hell-Hound of the Baskervilles

A full GraphicAudio cast performs the intriguing investigations of Warlock Holmes, who is much less intelligent and astute than Sherlock and Dr. Watson. The tales, which all have a supernatural or magical spin, create a strange world. Watson, portrayed by Scott McCormick in a steady, deep voice, recounts these ingenious adventures based on Conan Doyle's magnum opus. Magical creatures, imps, demons, a vampire called Lestrade, and Mrs. Hudson are carefully woven into the stories, each portrayed by a different cast member. Holmes's much deteriorated physical condition and his intellectual diminution are integral to these twisted tales, which are accompanied by sound effects and music. Fans of Holmes, sly humor, and subtle puns will be held spellbound by this creative performance. M.B.K. © AudioFile 2018, Portland, Maine [Published: FEBRUARY 2018]