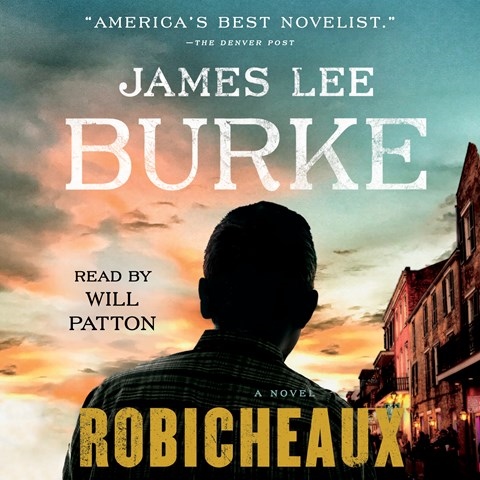 Tortured lawman Dave Robicheaux returns, once again voiced by narrator Will Patton. A complex protagonist like Robicheaux and a consummate actor like Patton are a recipe for success. Sure enough, Patton delivers. He extracts deep pathos from Robicheaux, who battles alcoholism and the specter of his own mortality while investigating crimes as a Louisiana sheriff's deputy. Adding to the murk, Robicheaux himself becomes a murder suspect after a drunken night coincides with the killing of a man connected to his tragic past. Though Burke's descriptions tend to slow things down, Patton never fails to entertain. The audiobook is strongest in the dialogue of its rich characters. Patton is a vocal chameleon--delivering unique, memorable voices time and again. A.T.N. © AudioFile 2017, Portland, Maine [Published: DECEMBER 2017]