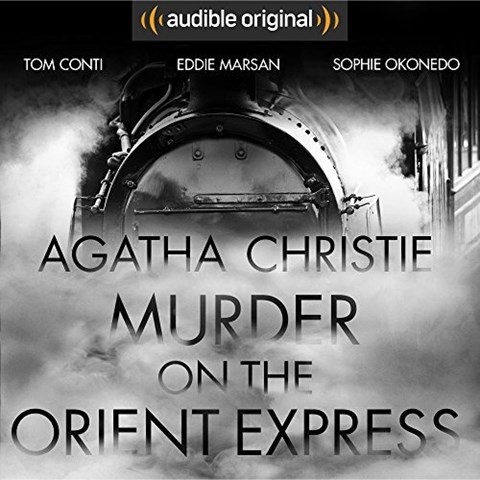 With a perfect accent and professional ease, Tom Conti becomes one of the most-beloved detectives in fiction, Hercule Poirot. In this 1934 classic, Poirot is on the famed Orient Express when a passenger is murdered. Since the train is stranded on snowy tracks somewhere in Croatia, it stands to reason that the murderer is still be on the train. The entire cast has a wonderful time playing off Conti as the detective interviews the suspects one by one. The only unnecessary character in this adaptation is the narrator. Clearly, the listener doesn't need humdrum descriptions to know that it's Poirot's brilliant repartee, and not just his mustache, that makes him one of the most entertaining detectives of all time. Even those who know this classic's clever ending will enjoy the production. B.P. © AudioFile 2017, Portland, Maine [Published: DECEMBER 2017]