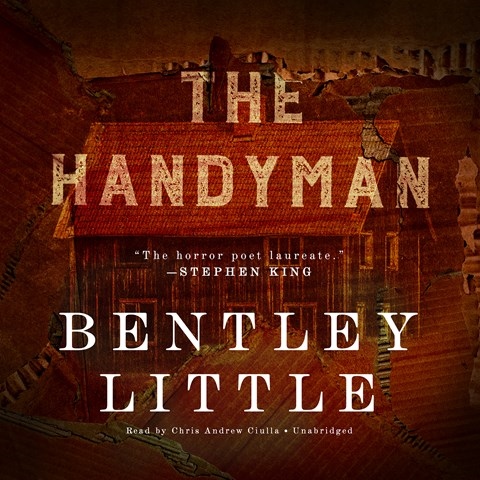 The strength of Chris Ciulla's performance lies in his ability to ground this increasingly macabre story in genuine and relatable emotions. Though Daniel Martin was only a boy when he first met Frank--the neighbor who built his family's summer house--he knew immediately there was something very wrong with the man. But no one could imagine the truth about Frank, or the secrets he concealed in every shoddy, unstable house he left in his wake. In recounting Daniel's quest to hunt Frank down, Ciulla makes his fear, nostalgia, sorrow, and hatred visceral. He conveys Frank's own voice with an eerie combination of charm and brutality that is both chilling and compelling. Listeners will be gripped by every horrible discovery and gruesome turn. B.E.K. © AudioFile 2018, Portland, Maine [Published: JANUARY 2018]