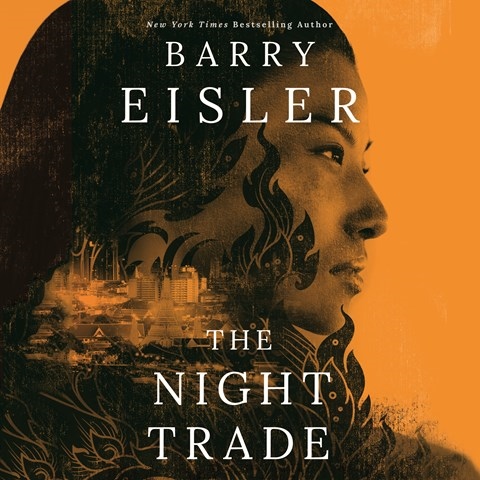 In this follow-up to his electrifying series launch, Barry Eisler again pulls double duty as author and narrator. The story picks up shortly after the first audiobook, with Seattle detective and moonlighting vigilante Livia Lone diving deeper into a human trafficking conspiracy--the same one responsible for her own childhood abduction. In Thailand, Livia meets sniper-for-hire Dox, previously featured in Eisler's John Rain series. Though his Southern accent is a little inconsistent, ranging from a faint twang to thick as Texas molasses, Eisler's breezy charisma is a natural fit for the swaggering Dox. For Livia, Eisler uses a higher pitch and an introspective tone, creating an enjoyable contrast between the unlikely partners. Eisler also writes propulsive action sequences, which he narrates with intensity and clarity. A.T.N. © AudioFile 2018, Portland, Maine [Published: FEBRUARY 2018]