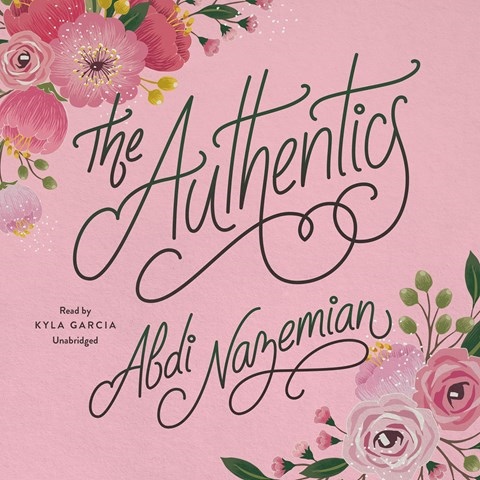 Narrator Kyla Garcia recounts the ups and downs of a teenager who is experiencing identity issues. Daria Esfandyar is a 15-year-old American teenager like any other except for her Iranian roots, which make her life in Beverly Hills complicated. Daria's issues with acne and finding real friends are compounded by not fitting in with the Iranian-American children of her parents' friends, who have different values than she does. She wants to fit in as an American but still honor her Iranian heritage. Garcia captures all the teenage turmoil in a fresh and genuine style. She carries listeners along as Daria ignores the "nose jobs" of a rival group of Iranian-American girls and struggles to stay close to the friends she calls "her authentics." M.R. © AudioFile 2018, Portland, Maine [Published: JANUARY 2018]