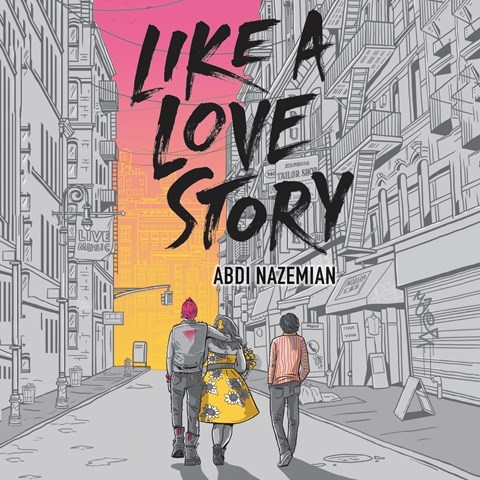 Three narrators depict a trio of teens who, in alternating chapters, search for love and self-identity in New York City amid the AIDS crisis of the late 1980s. Lauren Ambrose's narration has the perfect tone of sarcasm to capture the wit and self-deprecating humor of Judy. Aside from her beloved Uncle Stephen, who has AIDS, Judy's best friend is Art. Michael Crouch's portrayal of Art matches Ambrose's delivery of Judy's intelligent banter and supports her more emotional side as well. The two characters' rapport and repartee are offset by Reza, Judy's boyfriend--who is secretly attracted to Art. Vikas Adam's soft tone expresses Iranian-born Reza's self-hatred and denial of his sexuality. Through their struggles, these vivid characters, strongly portrayed, come together to show the power of love over fear. S.W. © AudioFile 2019, Portland, Maine [Published: JUNE 2019]