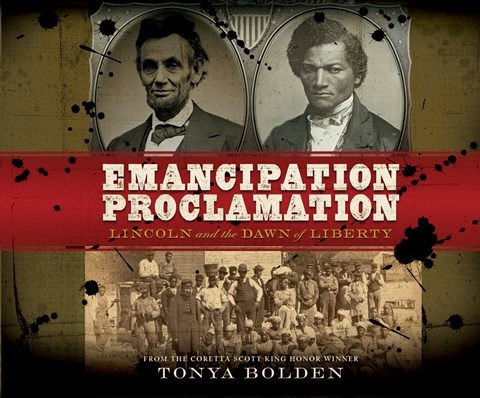 EMANCIPATION PROCLAMATION Lincoln and the Dawn of Liberty

The Emancipation Proclamation is mainly associated with the American Civil War, but its story is also entwined with politics, religion, and the often-conflicting beliefs of President Abraham Lincoln. Under his guardianship, the Proclamation blossomed, grew, stagnated, resurfaced, and finally took root. Bolden writes in the collective "we" point of view, and with it, narrator Michael Early transports the listener into the midst of the slavery debate. Speaking slowly and distinctly, he eloquently delivers a story peppered with quotes in the lofty language of the day. He narrates gravely but unflinchingly of horrific and desperate conditions, for example, recounting the story of one fleeing man taking a knife to his own body, cutting muscle and tendon to make himself unsaleable in case of capture by slave hunters. Illuminating and well documented. L.T. © AudioFile 2018, Portland, Maine [Published: AUGUST 2018]