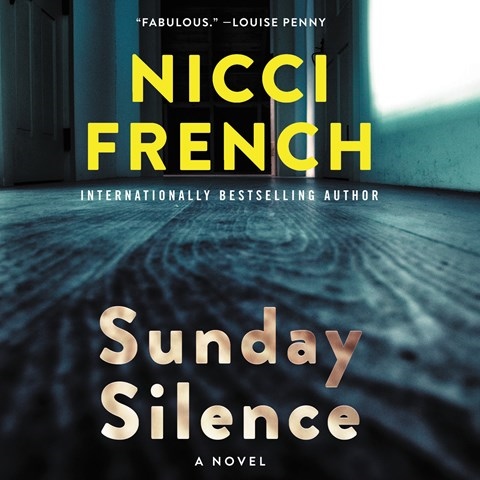 Nicci French (actually a husband-and-wife team) brings listeners the seventh installment in the Frieda Klein series. Beth Chalmers has narrated from the first. Chalmers owns the voice of the controversial and keenly observant psychotherapist Frieda Klein. A nemesis whom the police believe to be dead--but Frieda knows is very much alive and continuing to stalk her menacingly--leaves a dead body buried under the floorboards of her living room. The plot thickens with the addition of a new fiend who is obsessed with Frieda and is attacking those she loves. Chalmers uses her deep portfolio of British accents to voice men and women good and evil, and gives a Ukrainian accent to Frieda's friend, Joseph. Chalmers's performance keeps the listener engaged through the ups and downs of the plot. E.Q. © AudioFile 2018, Portland, Maine [Published: FEBRUARY 2018]