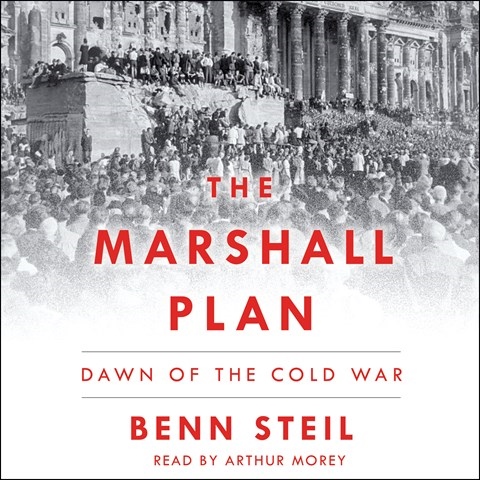 THE MARSHALL PLAN Dawn of the Cold War

Arthur Morey's steady baritone works well as he narrates this detailed account of how the Marshall Plan came into being. Focusing on the years 1947-49, this work details numerous incidents that undercut Soviet-U.S. cooperation in occupied Germany, the devastation of Europe in the aftermath of WWII, and other events that led to what we call the Cold War and the eventual establishment of NATO and the European Union. Morey's conversational style does well in reading the text. His tone is neutral overall but sufficiently expressive. His pronunciation is clear, and the overall effect of his performance is positive. M.T.F. © AudioFile 2018, Portland, Maine [Published: MARCH 2018]