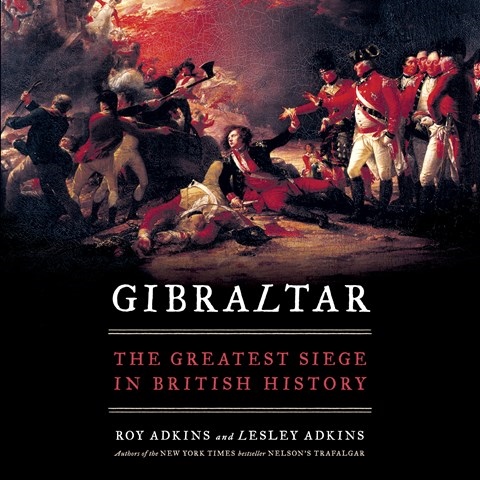 John Telfer's masterful reading of Roy and Lesley Adkins's history of the 1779-83 Spanish siege of British-held Gibraltar is a model of audiobook technique. The Adkins's account relies heavily on historical journals and first-person reports, many in the more elevated diction and formal syntax of that time. Telfer enhances rather than subdues these passages, setting them off from the more neutral modern narrative. The effect is singular, and the story he tells is itself amazing, filled with action and human drama, a tale of genuine consequence. Did the British trade defeat in North America for victory in the Mediterranean? Telfer's expert reading captures the heat and uncertainty of unfolding events, and leaves listeners with something to think about. D.A.W. Winner of AudioFile Earphones Award © AudioFile 2018, Portland, Maine [Published: MARCH 2018]