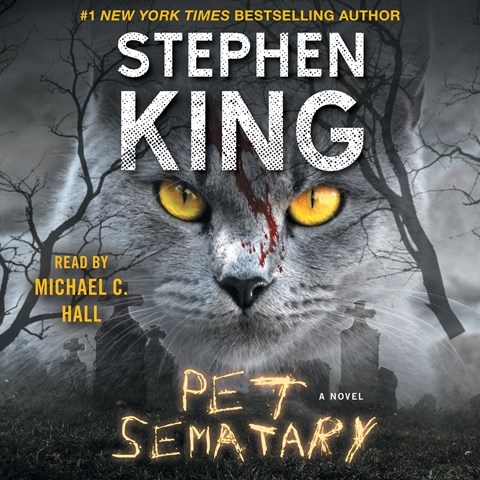 Stephen King's haunting 1983 novel finally has an unabridged audiobook version. The narrator is Michael C. Hall ("Dexter"), who can now add an Earphones Award to his resume. Though the horror elements are always looming, Hall warmly portrays the all-too-human Creed family, full of love for each other but also flawed, damaged, and uncertain. He molds Louis Creed into an imperfect but sympathetic protagonist and effectively changes pitch to give Louis's wife, Rachel, and their two kids believable voices. For added texture, Hall manages a solid Maine accent as the Creeds' kindly old neighbors. Hall's narration captures the surprising humanity found on the page, but his voice becomes appropriately grim as the story barrels toward the inevitable darkness. A.T.N. Winner of AudioFile Earphones Award © AudioFile 2018, Portland, Maine [Published: APRIL 2018]