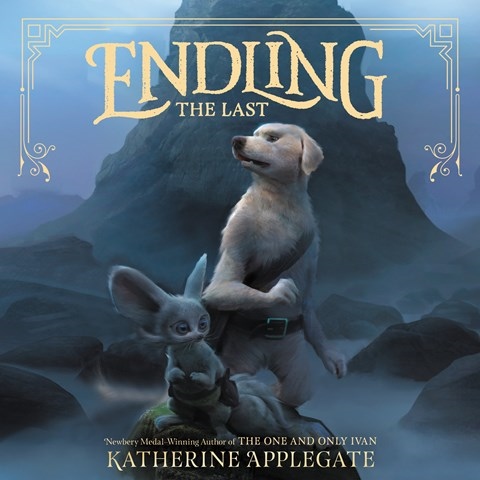 Applegate's new fantasy series has a fascinating cast of characters, and narrator Lisa Flanagan does justice to each. Byx may be the last of her species. When she views the site of her family's slaughter by human soldiers, Flanagan portrays her shocked horror and palpable loneliness. But she gradually builds trust as an unlikely band of travelers becomes family. Flanagan aids listeners' imagining of each character with differing timbres and touches--from Tobble, a comic, devoted creature, to Khara, a human with deep feelings and conflicts. From coldly cruel to ruthless, Flanagan varies her portrayals of the menacing villains. Overall, she represents a range of dark and light moods in this fast-paced, family-friendly audio. S.W. Winner of AudioFile Earphones Award © AudioFile 2018, Portland, Maine [Published: MAY 2018]