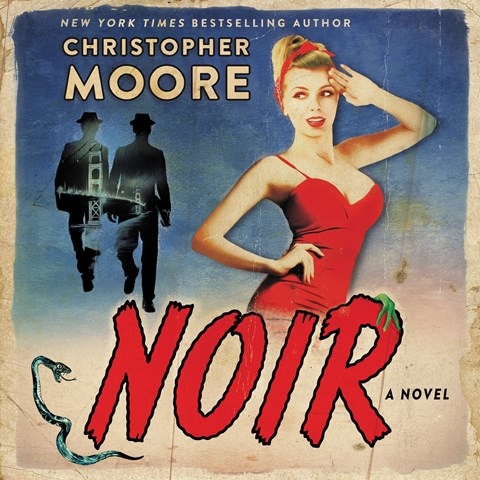 Narrator Johnny Heller nails the wry tones and rhythmic pacing of the working mugs, corrupt cops, streetwise urchins, and tough dames who people Christopher Moore's novel, which the author calls "perky noir." Occasionally, a slight Bogey-esque slur muddies the words a bit, and it can be puzzling at the beginning of each chapter to suss out whether the speaker is Sammy, the bartender telling his own story, or the third-person narrator, who doesn't identify himself until later. Some of Heller's ethnic accents are thick and have stereotypical elements, but they aren't offensive, and they add to the "Damon Runyon meets Bugs Bunny" vibe of this funny, thoroughly enjoyable tale of danger and farce in 1947 San Francisco. D.L.Y. © AudioFile 2018, Portland, Maine [Published: MAY 2018]