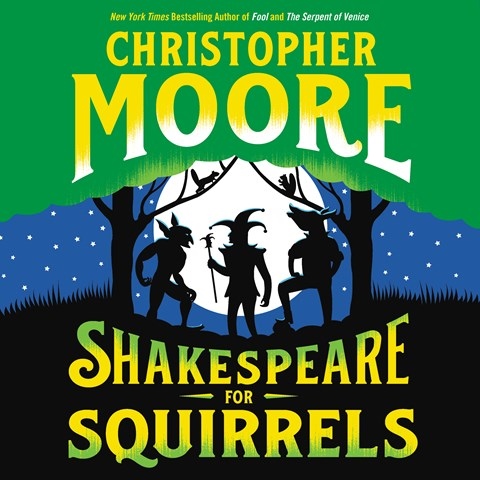 Euan Morton, the one-man all-star cast of this hilarious, raunchy, twee, utterly sui generis audiobook, is really dazzling. Moore starts with the Fool from King Lear, sends him off with a giant apprentice named Drool, and shipwrecks them in a mythical Greece. There's an Athens inhabited by Oberon, Titania, a Queen of Amazons, and a Theseus several thousand years old, also rude mechanicals (Bottom the Weaver!), and in the adjoining enchanted forest, a pack of lascivious fairies, and even goblins that seem to come from the world of Harry Potter. Oh, and there's a plot! Who has killed the Puck, Robin Goodfellow? Morton never misses a joke or a beat, misreads a line or misses the pitch of a magical character. Standing O, Mr. Morton. B.G. Winner of AudioFile Earphones Award © AudioFile 2020, Portland, Maine [Published: JULY 2020]