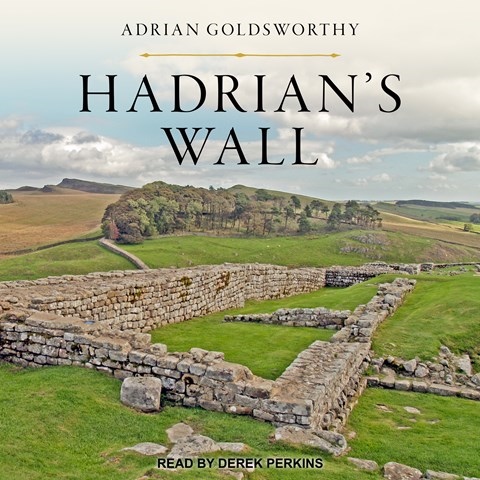 Derek Perkins has narrated nearly all of Goldsworthy's popular histories of ancient Rome. This author-narrator match is particularly fortuitous in this case in which the material lacks a central action or compelling historical figure. In just four hours we learn everything we would ever need to know about Hadrian's Wall and the Romans who built and maintained it. Much of that relies on archaeological evidence and learned conjecture, and a kind of academic sifting that this author performs with distinctive grace and authority and that Perkins voices with his own distinctive command. Author and narrator together evoke a now and a then--the wall as it is now, and what it tells us about life at the border of civilization two thousand years ago. D.A.W. © AudioFile 2018, Portland, Maine [Published: APRIL 2018]