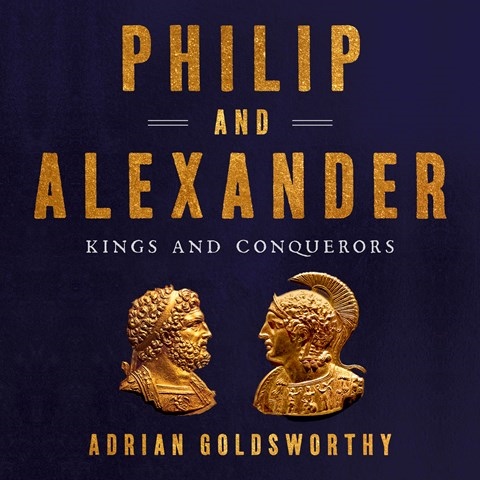 PHILIP AND ALEXANDER Kings and Conquerors

Neil Dickson's clear, straight-ahead narration aptly matches Goldsworthy's history of the ancient Macedonian father and son who were kings and conquerors. Both text and performance are professional and engaging. Neither calls attention to itself. Dickson maintains the sense of story while still delivering intelligent nonfiction, aided by his strong voice, pleasing British accent, and good pacing. Occasionally, he gives the wrong emphasis to a word or phrase, but, for the most part, he matches articulation to sense. Acting is unnecessary, but he gives dramatic phrases added emotional heft. He is exactly the smart, skilled companion one wants for long narrative nonfiction. He makes his narration sound as effortless as conversation as it quietly entertains. W.M. © AudioFile 2021, Portland, Maine [Published: MAY 2021]