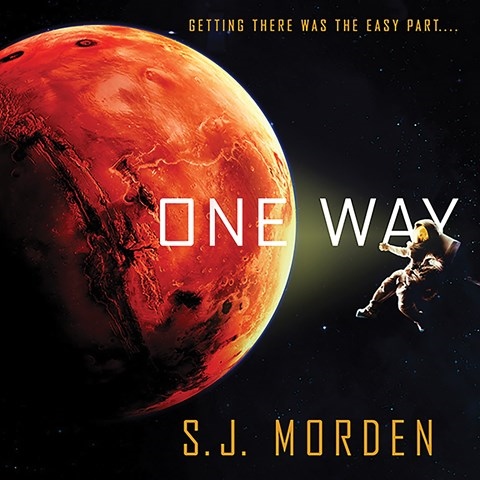 In the near future, a shady organization sends eight convicts and one tyrannical overseer on a high-risk mission to Mars. What could possibly go wrong? Narrator William Hope is a good match for protagonist Frank Kittridge. Frank is a relatively decent everyman, wearily resigned to a life sentence for murdering his son's drug dealer. But then comes the unlikely chance to build a research station on Mars. Hope's voice has a get-the-job-done quality that keeps Frank grounded even after he's been launched into space. As events spiral out of control and crew members start mysteriously dying, Frank remains a much-needed focal point for listeners. Hope capably fleshes out the supporting cast and is especially memorable as the crew's grating and bombastic taskmaster, Lance Brack. A.T.N. © AudioFile 2018, Portland, Maine [Published: JUNE 2018]