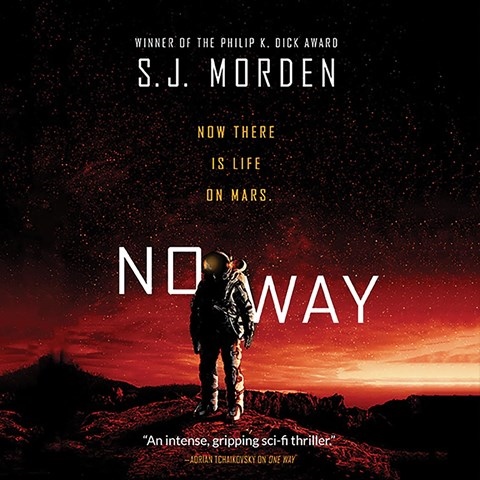 The sequel to ONE WAY, narrated by William Hope, will take the listener's breath away. Frank Kitteridge is the sole survivor of an expedition to Mars organized by XO, and he intends to keep on living. Back on Earth, Frank murdered his son's drug dealer, but now, instead of prison, he has been offered a second chance on another planet. His job is to keep six NASA experts safe while hiding some XO secrets from them--such as a second XO base, his own true identity, and some skeletons in the closet. Hope powerfully transmits the roller coaster of emotions Frank experiences on Mars, where his main goal is staying alive so that he can, maybe, one day, return home. E.D. © AudioFile 2019, Portland, Maine [Published: APRIL 2019]