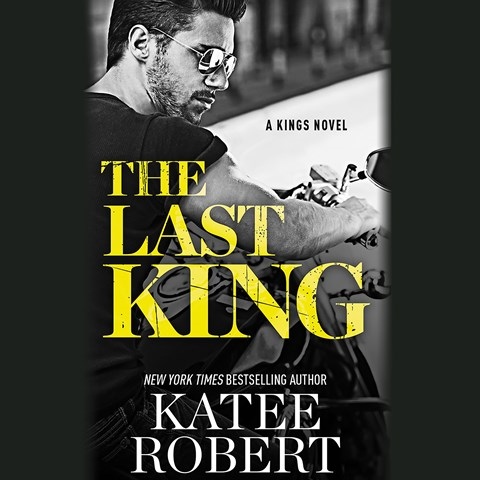 THE LAST KING The Kings, Book 1

Narrator Brooke Hayden delivers sass and cutting remarks with a Texas twang. She also captures the heated exchanges that occur in and out of the boardroom in this steamy contemporary romance. In the wake of his father's death, Beckett King is trying to pull together the pieces of the company he inherited, but others are working against him. His aunt's greed should be his biggest worry, but instead he only has eyes for her assistant, Samara Mallick, a woman he hasn't been able to get out of his mind since their an electric one-night stand months ago. Reluctant Samara will have to rely on her wits if she's going to survive the attempts on Beckett's life--and his siege on her heart. A.L. © AudioFile 2018, Portland, Maine [Published: JULY 2018]