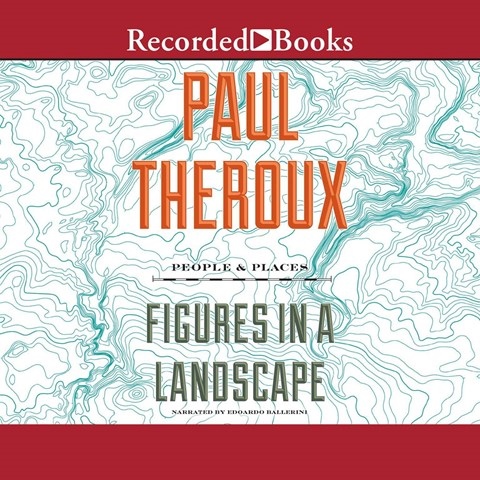 Theroux's travels--literal and literary; cultural and hallucinogenic--render a splendid challenge for Edoardo Ballerini, the narrator of these 30 essays composed between 2001-16. It is met with verve and acuity. As Theroux marvels during tea with Muriel Spark on her passion for "peculiar truth" and "boldness of . . . characterization," he could be writing about himself (an act that also occurs in this collection). Always a fan of the road less traveled, Theroux also explores such writers as Georges Simenon, Joseph Conrad, and Henry David Thoreau, and travels to Hawaii, Michael Jackson's Neverland, and Zimbabwe. Best of all, Ballerini's perfectly paced, low-key narration captures the wit and irony of the essayist's probing nonfiction with a style that places its language and reflections center stage. D.P.D. © AudioFile 2019, Portland, Maine [Published: JANUARY 2019]