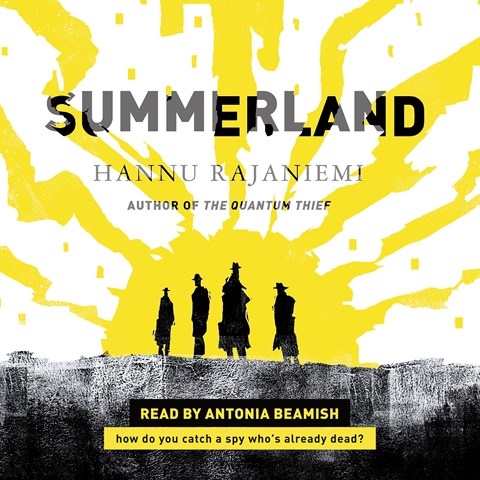 If dying is just the next stop on a longer journey, what is the point of living? Antonia Beamish narrates a sci-fi thriller set in an alternate 1938 in which death has no meaning, but politics remains as byzantine as ever. Operative Rachel White is assigned as handler to a Soviet defector, but her career takes several unexpected turns as a result of a startling announcement he makes. Characters in the story come from several European countries, and Beamish proves adept at accents from across the continent. Less easy to define, but still successful, are Beamish's portrayals of the dead who are "living" in Summerland, the realm on the other side of the veil. While the plot is complex, Beamish confidently navigates listeners through it to the end. K.M.P. © AudioFile 2018, Portland, Maine [Published: AUGUST 2018]