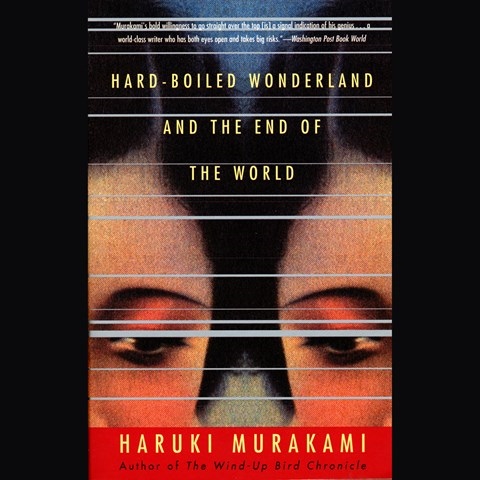 This audio version of Murakami's 1991 dystopian novel is extremely welcome, even if not completely successful. Murakami is aiming for a mash-up of futurist and fantasy tales, narrated by a nameless and mostly emotionless "Calcutech" worker who has been scientifically altered (he discovers halfway through the story) so that he can perform a mysterious computerlike function called data shuffling. It appears that he is the experiment of a brilliant rogue scientist who claims to be trying to save the world with the help of his plump, pink-garbed granddaughter. The level of Murakami's invention is dazzling, but the characters, intentionally robbed of memory and passion, leave Kirby Heyborne little choice but to play them as bland and flat, even in terrifying jeopardy. You see the problem. B.G. © AudioFile 2018, Portland, Maine [Published: AUGUST 2018]