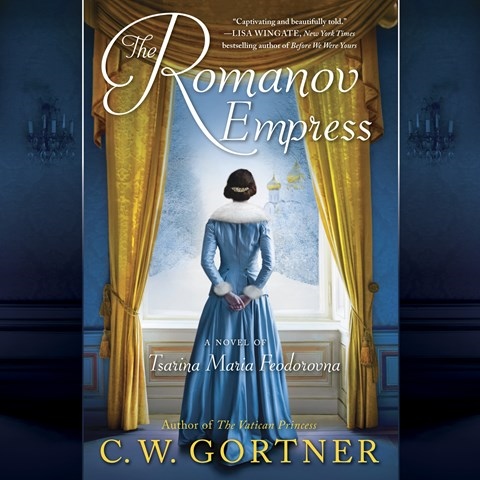 Katharine McEwan gives a first-rate performance as Maria “Minnie” Feodorovna, the Danish princess who became czarina of Russia, and mother of Nicholas, the last Romanov czar. McEwan is utterly believable as the young woman leaving home, expecting to marry the czarevich, heir to the Russian throne. McEwan fully becomes Minnie as she shares her dreams and disappointments, her surprisingly loving marriage, and her joys in motherhood. With wry tones McEwan shows the older Minnie’s manipulations, making almost palpable her instinctive distrust of Alexandra, Nicholas’s chosen bride. McEwan transports us from the nobility’s overindulgent palaces to the people’s soul-sucking poverty to the inevitable revolution, all told through the eyes of the Romanov empress. Gortner’s impeccable research and McEwan’s spot-on narration make for entertaining and informative listening. S.J.H. Winner of AudioFile Earphones Award © AudioFile 2018, Portland, Maine [Published: AUGUST 2018]