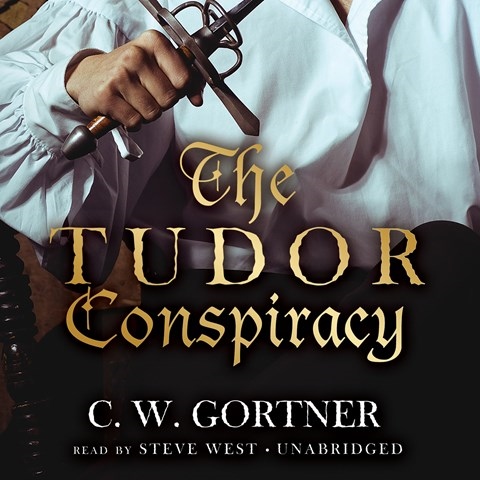 Steve West expertly performs this story of deceit, truths, and allegiances amid Queen Mary’s reign in sixteenth-century England. Brendan Prescott, a spy who searches out conspiracies in the court, secretly serves Lady Elizabeth while publicly helping the queen. The Spaniard Simon Renard is negotiating a marriage between Prince Philip and Queen Mary. Plots are hatched left and right against Protestants and Catholics. Using soft tones and a sibilant voice for women, West differentiates each character with subtle inflection and accent. Spanish, French, English, and Scots accents are varied as seamlessly as needed. Who is behind the plots for the throne? Can Prescott keep those who threaten the crown apart, at the same time remembering the half-truths he told each royal personage? M.B.K. © AudioFile 2013, Portland, Maine [Published: DECEMBER 2013]