Home»Reviews»THE WORLD AS IT IS 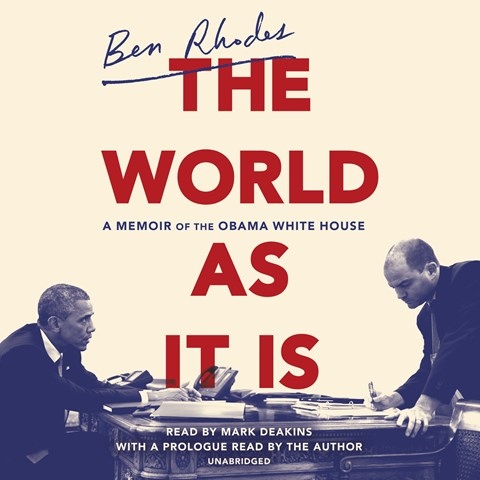 Mark Deakins provides a humane, mindful narration of Rhodes's political memoir, which focuses on his stint as a national security advisor during the Obama administration. Political memoirs often fall into the tell-all category, with little substance and questionable veracity. Rhodes avoids this entirely. His reflections even include critiques of his own motivations. In one instance, Rhodes recounts his willingness to divulge to a skilled journalist the minutiae of backroom political maneuvering, only to be reprimanded by the president. Rhodes's quietly compelling discussion of the decision-making processes includes key aspects in the Obama presidency, such as actions taken in Syria and Libya. Deakins's voice carries a contemplative yet direct tone, matching Rhodes's persona of the political intellectual. S.P.C. © AudioFile 2018, Portland, Maine [Published: OCTOBER 2018]