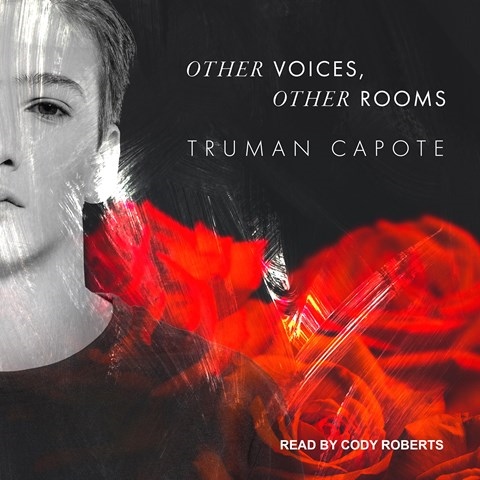 OTHER VOICES, OTHER ROOMS

This is the novel that announced Truman Capote as a literary force. And he could not have asked for a better narrator than Cody Roberts to give voice to this Southern gothic not-quite-but-almost- autobiographical story. Roberts beautifully captures the voices, accents, and nuances of a wide range of characters who include a wayward 13-year-old boy who is sent to live with his invalid father after the death of his mother, a tomboy (a character based on the author's childhood friendship with Harper Lee) and the wonderfully named Jesus Fever. If you're a fan of IN COLD BLOOD or BREAKFAST AT TIFFANY'S, take a listen. You won't be disappointed. J.P.S. © AudioFile 2018, Portland, Maine [Published: OCTOBER 2018]