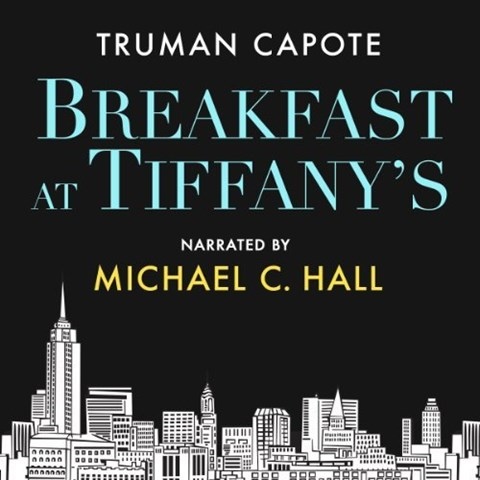 Not everyone can do the magic trick of creating a whole world with voice alone. Accomplished though he is, Michael C. Hall's performance here seems oddly flat. His unnamed narrator is telling the story of an unforgettable girl he once loved when he was young and new to New York, at a time in his life when everything shimmered with intensity. But Hall gives us only lackadaisical recollection, not the fire, the glamour, the excitement of what the experience meant to the narrator at the time. Nor are Hall's character voices, starting with Joe Bell's, particularly persuasive. There's nothing incorrect here, and the production does the story no harm; it's just not as much fun as it should be. Especially if you're expecting Audrey Hepburn. B.G. 2015 Audies Finalist © AudioFile 2015, Portland, Maine [Published: MARCH 2015]