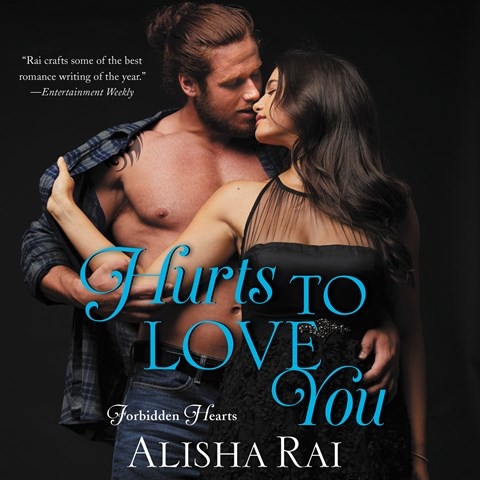 Lucy Rivers and Jeremy York narrate the final installment of a soapy family saga. Eve Chandler has always been seen as a good girl, but she longs to break free of that image. Gabe Hunter has a collection of secrets he hides behind a cheerful attitude and a carefree smile. Rivers and York excel at portraying the uncertainty of Eve and Gabe when they're confronted with the possibility of turning long-held crushes into romance. As they discover, that uncertainty can sometimes manifest itself in regrettable ways. The narrators are less successful at depicting the story's secondary characters. York has a tendency to make the female characters sound shrill, while Rivers struggles to vary her range enough to create substantial differences in the male characters. K.M.P. © AudioFile 2018, Portland, Maine [Published: DECEMBER 2018]