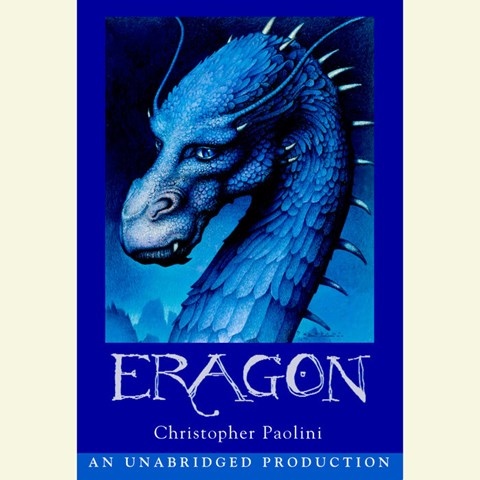 Look out, Jim Dale! Gerard Doyle’s narration of Eragon gives the Harry Potter series a strong rival. While it seems odd that a Brit was chosen to read a fantasy written by an American teen phenom, Doyle’s range of accents is perfect for the multiple characters of this epic. Eragon and Saphira grow from being innocent young farm boy and dragon hatchling to dragon rider and his fearsome flying partner, both destined to fight the minions of the evil King Galbatorix. Doyle’s voice strengthens with Eragon’s conviction to take charge of his fate and to join forces with good. On paper, Eragon is a sprawling fantasy, filled with obvious nods to Tolkien and too many convenient plot devices. But on audio, it fills the ears with vivid characters, witty dialogue, and nail-biting battle scenes set in a magical world where a beautiful blue dragon and her rider are at the noble center of it all. M.M.O. Winner of AUDIOFILE Earphones Award, Winner of 2004 ALA/ YALSA Recording © AudioFile 2004, Portland, Maine [Published: JUN/ JUL 04]