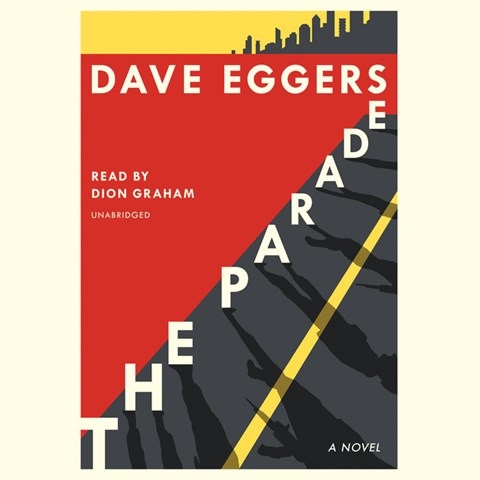 Though the details are sparse, narrator Dion Graham provides a vivid sense of the world in this audiobook and its characters.Two men, known only pseudonymously as Four and Nine, are tasked by an unnamed corporation with paving a road in an unnamed war-torn country. Graham delivers outstanding voicework that captures the two characters' personalities. As Four, a seasoned company man laser-focused on finishing the job, Graham's speech is clipped and businesslike. Nine is the total opposite--carefree, reckless, always hobnobbing with locals--and Graham's nonchalant voice for him is nearly unrecognizable from Four's. The contrast between them, especially Four's increasing exasperation with Nine, borders on black comedy. But Graham keeps a balanced tone that maintains the story's tension and doesn't undercut its themes. A.T.N. © AudioFile 2019, Portland, Maine [Published: MARCH 2019]