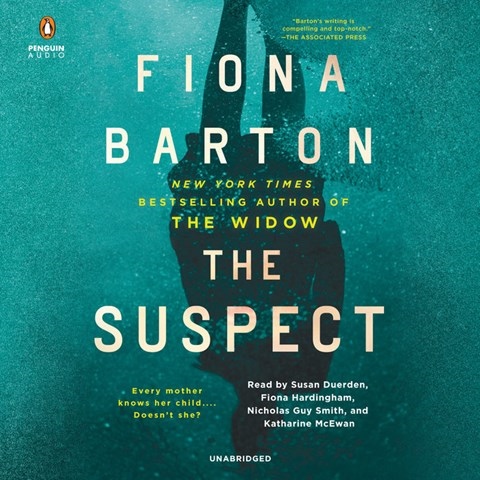 An ensemble cast narrates a splashy front-page story about British teens dying in Bangkok. Clichéd roles come alive, each with its own narrator. Susan Duerden is the reporter; her BBC tone is broken up by adept accents for Thai and Dutch characters and the spiraling despair of a woman turned from an observer to a player. Fiona Hardingham gives the mother of a girl found dead in a dirty Thai hotel a fragile, exhausted misery spiked with fierce anger as the investigation grinds on with hideous pressure from the press. Nicholas Guy Smith voices the weary detective following up in England, and Katherine McEwan gives us the vulnerability and angst of victims in flashbacks. This one will keep you up at night. S.T.C. Winner of AudioFile Earphones Award © AudioFile 2019, Portland, Maine [Published: FEBRUARY 2019]