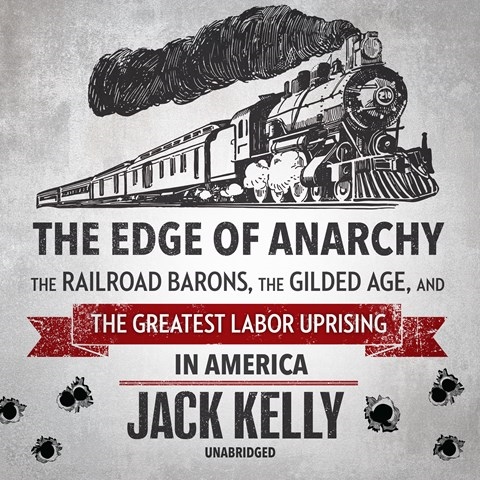 THE EDGE OF ANARCHY The Railroad Barons, The Gilded Age, and the Greatest Labor Uprising in America

Narrator Traber Burns enthusiastically brings listeners into the world of the Pullman sleeping car empire. The focus is on the 1894 conflict between business magnate George Pullman and railroad workers' unions, led by socialist activist Eugene Debs. During the worst economic depression in America to date, Pullman's decision to substantially reduce wages while expecting employees to pay the high costs of living in company towns greatly aggrieved workers. Burns's switch from a straightforward delivery to a staccato intonation when reciting direct quotes from primary sources is jarring. Nonetheless, his deliberate pacing enhances the author's abundant research on these events, including the federal government's ordering of military troops, marches to Washington, blacklisted employees, and union participation by female seamstresses. M.J. © AudioFile 2019, Portland, Maine [Published: FEBRUARY 2019]