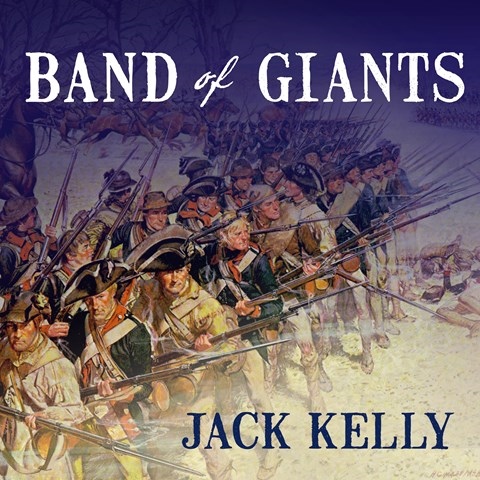 BAND OF GIANTS The Amateur Soldiers Who Won America's Independence

If the American system of government owes its debt to the Founding Fathers, it owes its independence to a band of lightly trained but often inspired amateur soldiers. This book gives the backstory of several Revolutionary War military leaders. James C. Lewis offers a solid and at times enthusiastic reading. He doesn't add false drama, letting the author's story carry the listener. But the dry early years of some figures and the occasional overly detailed battle narratives slow down the story. As direct quotes are few--and usually taken from written documents--Lewis doesn't create character voices, merely pausing before the start of a quotation. Overall, the book is an enlightening listening experience. R.C.G. © AudioFile 2015, Portland, Maine [Published: APRIL 2015]