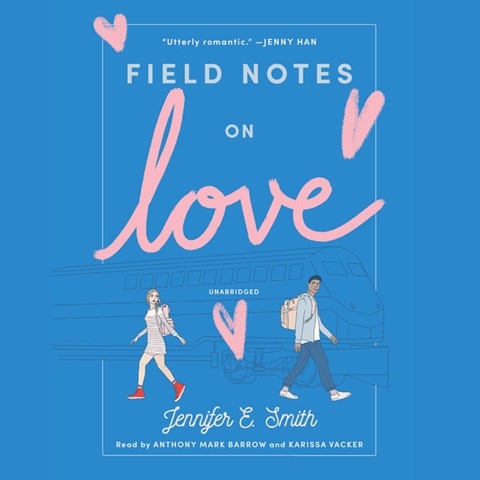 Two narrators deliver alternating chapters, portraying characters who are linked by an odd situation and by their determination to understand their futures. British narrator Anthony Mark Barrow depicts Hugo, one of a set of sextuplets. His clipped speech hints at the emotional depth beneath his words. When his girlfriend, Margaret Campbell, breaks up with him, leaving him with a nonredeemable cross-country train ticket in her name, Hugo advertises for a new companion with the same name. A girl named Mae applies. She's seeking adventure after being rejected by USC's film school. Karissa Vacker expresses Mae's artistic dreaminess and tendency to shut out those around her. Both narrators express the characters' mutual attraction as they develop a connection, and, then, deeper feelings. S.W. © AudioFile 2019, Portland, Maine [Published: MAY 2019]