Home»Reviews»THE GEOGRAPHY OF YOU AND ME 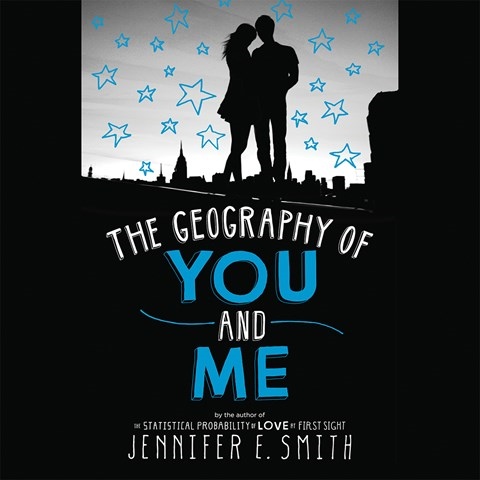 THE GEOGRAPHY OF YOU AND ME

A dual narration deftly contrasts the two characters featured in this novel, which starts out in New York City. During a citywide blackout, Lucy is trapped in the elevator of her high-rise with Owen, the super's son. Their differing classes and backgrounds are obvious in their snappy, sometimes snarky, dialogue. Corey Bradbury adopts a cynical tone for Owen, who has come to the city after his mother's death and is alienated from his new life. At first, Leslie Bellair presents Lucy as playful and upbeat, but soon she layers this external cheer with a wistful tone that reveals Lucy's feelings of abandonment by her continually traveling parents. The narrators show the duo's shared loneliness as well as the connection that grows between them. S.W. © AudioFile 2014, Portland, Maine [Published: MAY 2014]