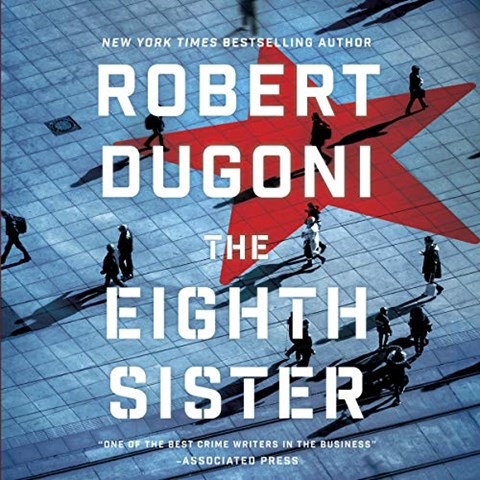 Narrator Edoardo Ballerini's smooth delivery and mastery of accents ratchet up the excitement in this espionage thriller. The audiobook begins with a well-worn spy trope--a retired CIA caseworker is called back into action to locate a Russian assassin known as the "Eighth Sister." As you might expect, our man's mission to Moscow doesn't go as planned, and the hunter soon becomes the hunted. The resulting plot has more twists and turns than Le Mans. Listeners will appreciate Ballerini's precise theatrical delivery during Jenkins's final race to safety, in which he must elude Russian security forces and a vengeful Russian intelligence officer. Author Robert Dugoni has created a unique protagonist with the gruff 64-year-old Charles Jenkins, and, happily, this audiobook is the first in a series. R.W.S. © AudioFile 2020, Portland, Maine [Published: MAY 2020]